Dart Mining’s key founding strategy upon listing in 2007 was to seek opportunities for porphyry-style mineralisation in northeast Victoria. Northeast Victoria has a variety of prospective granitic plutons, which have been demonstrated by Dart Mining and others to contain Cu, Au, Ag, Zn, Li, Sn, Ta, Mo and W. Prospective porphyry-style mineralisation is interpreted to be located above a large strike swing in the Gilmore Suture and straddling an Arc – Back Arc setting which has imparted metallogenic signatures and mineralisation styles of both settings.

The region is thought to be underlain by the Macquarie Arc, the host rocks of porphyry gold, gold-copper and copper porphyry mineralisation further north into NSW at mining centres around Cadia – Ridgeway and the Endeavour deposits. This is a highly prospective area and is recognised by the Geological Survey of Victoria as being one of two newly recognised Arc Belts within Victoria, the other being the Stavely Belt in western Victoria.

The recent development in the understanding of the structural evolution of eastern Australia has added strength to the targeting methodology used by Dart Mining and has been the catalyst for further exploration in the Northeast Victoria region. Dart Mining has developed a good understanding of the local geology and mineralisation styles of Northeast Victoria, having defined the northeast porphyry province, undertaken the first lithium exploration of LCT pegmatites in eastern Australia, and further progressed several orogenic gold projects, and will leverage this understanding to target the further potential of the region.

Geological history and developmental model for the Lachlan fold belt indicates that the Buchan and Deddick region in Gippsland has strong porphyry potential. Dart Mining intends to leverage its knowledge gleaned in porphyry exploration of northeast Victoria to its greatest advantage in this region. Due to the early stage of the tenement application process in these regions, prospective areas have been identified, but no sampling has yet been undertaken to highlight and identify any specific targets. 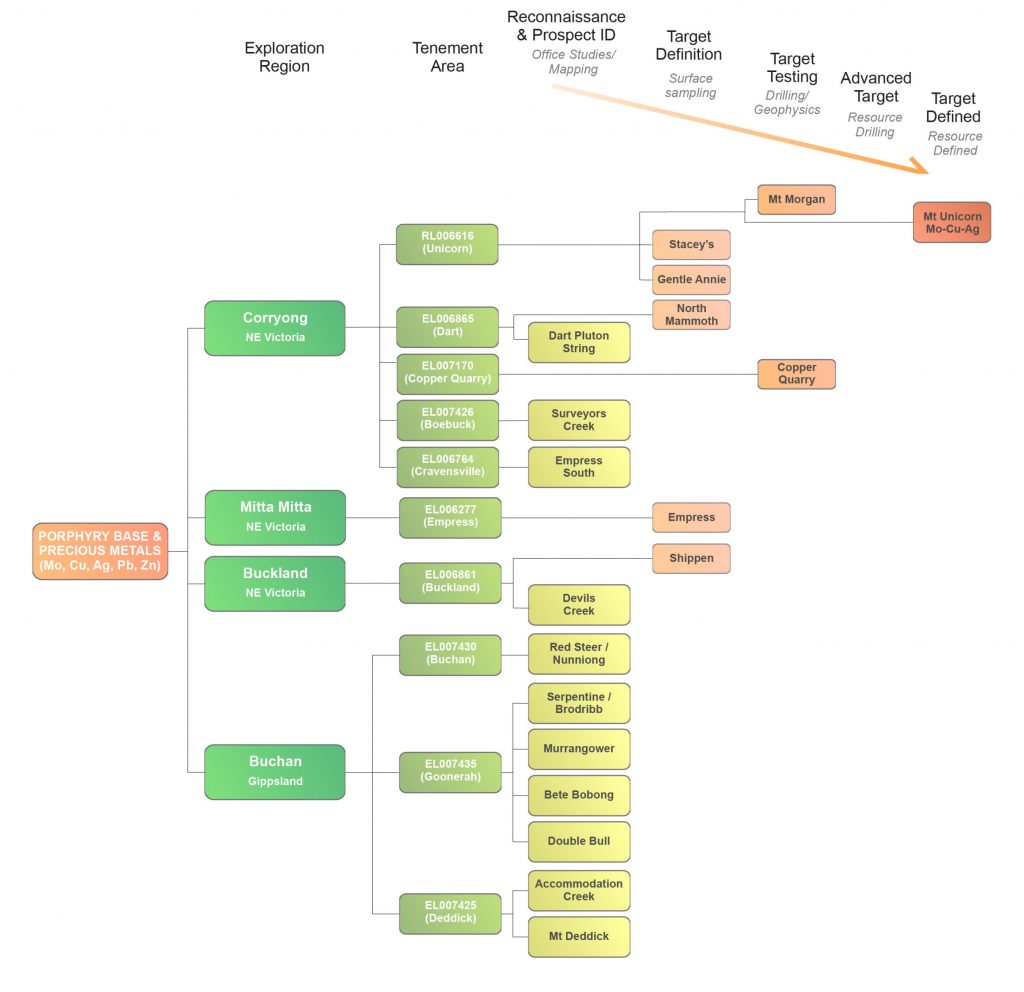